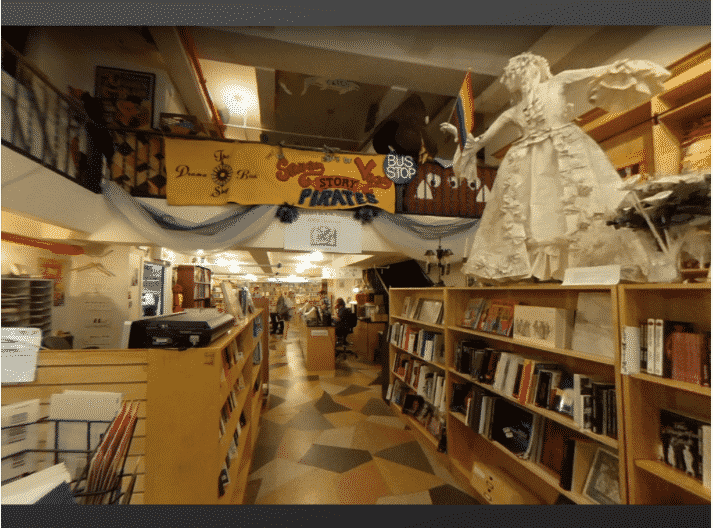 The Drama Book Store was one of my favorite places to be during my time in New York City, and not just because AADA students got discounts. I mean, that was also pretty cool, but it was not that important to me. It is my personal acting nirvana.

First and foremost: this store has everything. And I do mean EVERYTHING. As in: every single script under the sun. Also, the staff is incredible. Well informed and they truly care about their job. Always polite and helpful. Which helped me a lot whenever me or my colleagues had to find new material to work with.You needed a dramatic monologue where the charcter is a dyslexic caucasian in their 20-30 who has only one leg, a lisp and it has to be about the history of cereal in the United States of America? Say no more, these guys got you covered.

The small theatre in the basement gave me the chance to attend seminars, performances, live readings, and so much more… all free of charge, of course. Speaking of free of charge: they truly know their customers. Need to read an ancient greek play but don’t have 50$ to spare to buy the script? No worries, just sit down on one of their comfy chairs, read the script and just put it back once you’re done. No one forcing you to buy anything. For me,this was such a huge life (and money) saver.

And let’s not forget the true star of the store: Chester, the German Spitz,who sometimes greeted us and was always down for a pat or two…or twenty.

It’s sad that the Drama Book Shop has fallen victim to the rent hikes that are plaguing New York City. This small actor’s heaven on earth does not deserve an ending like this and I wish them all the best and hope that they will be able to relocate, avoid complete closure and continue to thrive and serve the theatre community of New York for years to come.

“On Wednesday (…) news broke that the (Drama Book) store’s owners would not renew the lease at its 40th street location next year, facing rising rents that have been suffocating struggling retailers throughout Manhattan.”

Inside the Drama Book Store, courtesy of Google Maps