A short trip to Leros! 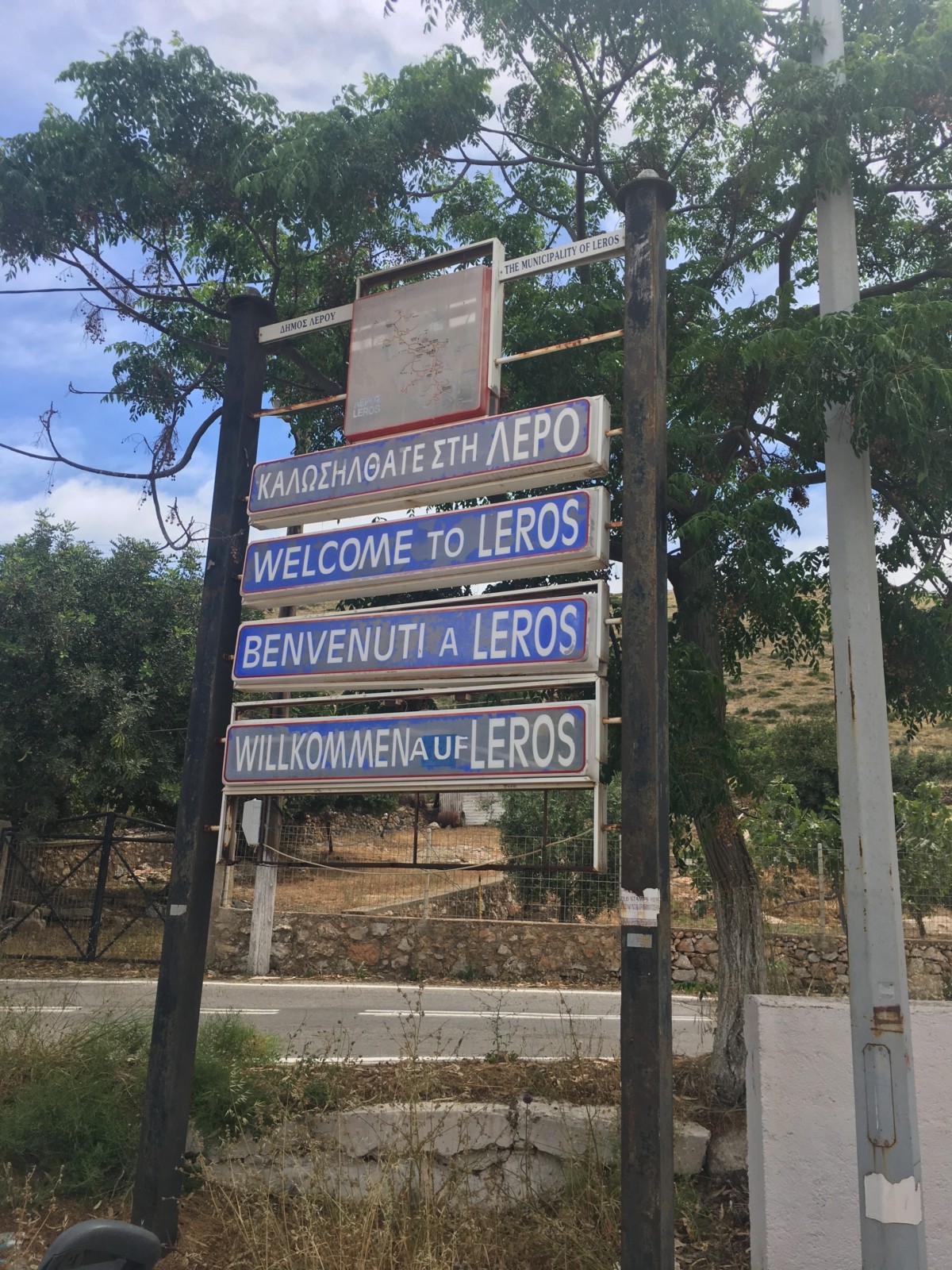 it’s been a while, hasn’t it? Well, between me working in the Schmidts Tivoli (as a waitress, but hey, getting there!), getting to know the theatre section of the central library by heart and binge-watching HBO’s radiant (hehe…) miniseries “Chernobyl”, I didn’t really have the time to sit down and write about what is happening. This is the sign that greets you once you exit the adventurous “airport” of Leros…stay classy, Greece…

Well, last week, I got the opportunity to relax and unwind a little bit on the beautiful island of Leros, an island I have never been to, despite being a well-seasoned island-hopper. I was invited to stay there by a very good aquaintance of mine, who also showed me around the island. And introduced me to the friendly locals…cats, that is… This little guy stood there for 45 minutes, observing my fish platter. The soon-to be guardian of a restaurant that was unfortunately still closed.

One thing is for sure: Leros is a heaven for cats and cat people alike. So. Many, CATS!! The future crazy cat lady in me was very pleased.

Cats aside, Leros turned out to be a very beautiful, yet quiet Island ideal for a short vacation. But it is also packed with quite a lot of history, from the ancient greeks (of course), to the byzantine age and to the Italian occupation during WW2 (which is supposedly depicted quite nicely in the war museum built into an old war tunnel built and left behind by the Italians, but unfortunately, I was not able to pay a visit). The medieval castle of Panteli and the famous four mills. Makes you want to spread your wings and fly, doesn’t it? The church of Agios Isidoros.

I stayed in the beautiful town of Agia Marina, a quiet and beautiful village with a gorgeous view of the castle and the famous mill of Leros. Agia Marina as seen from the castle.

During the three days I stayed there, I did not really do much except for sightseeing, soaking up the sun and enjoying quite exquisite food at the taverna “Mylos”, a greek fish tavern loacted right next to the mill, which also served sashimi…that was actually good… The famous mill of Agia Marina, called “Mylos”, which means “mill” in greek… a mill mill, If you will…

Leros also has the nickname “Island of Light”, because of the beautiful scenery painted across the sky every sunset. And it certainly lived up to its name! Second day, second sunset. I unfortunately missed the one on the day before because I fell aslee… I mean, I was busy! But after three days, It was time to pack my bags and head back to Hamburg, to new projects, including my new german demo-tape, which will be filmed in the last week of June! The coast of Leros, as seen from the plane…such a gorgeos way to say “goodbye”.

Leros is an Island that has fortunately been spared from the mass or party toursim (or the worst: mass party tourism!). It is very quiet, laid back and very frozen in time. So, a perfect escape for those who need a place to unplug and unwind from the busy modern world.

Thanks for reading, and be sure to come back once my demo-tape is out, which will be ready by the end of June!