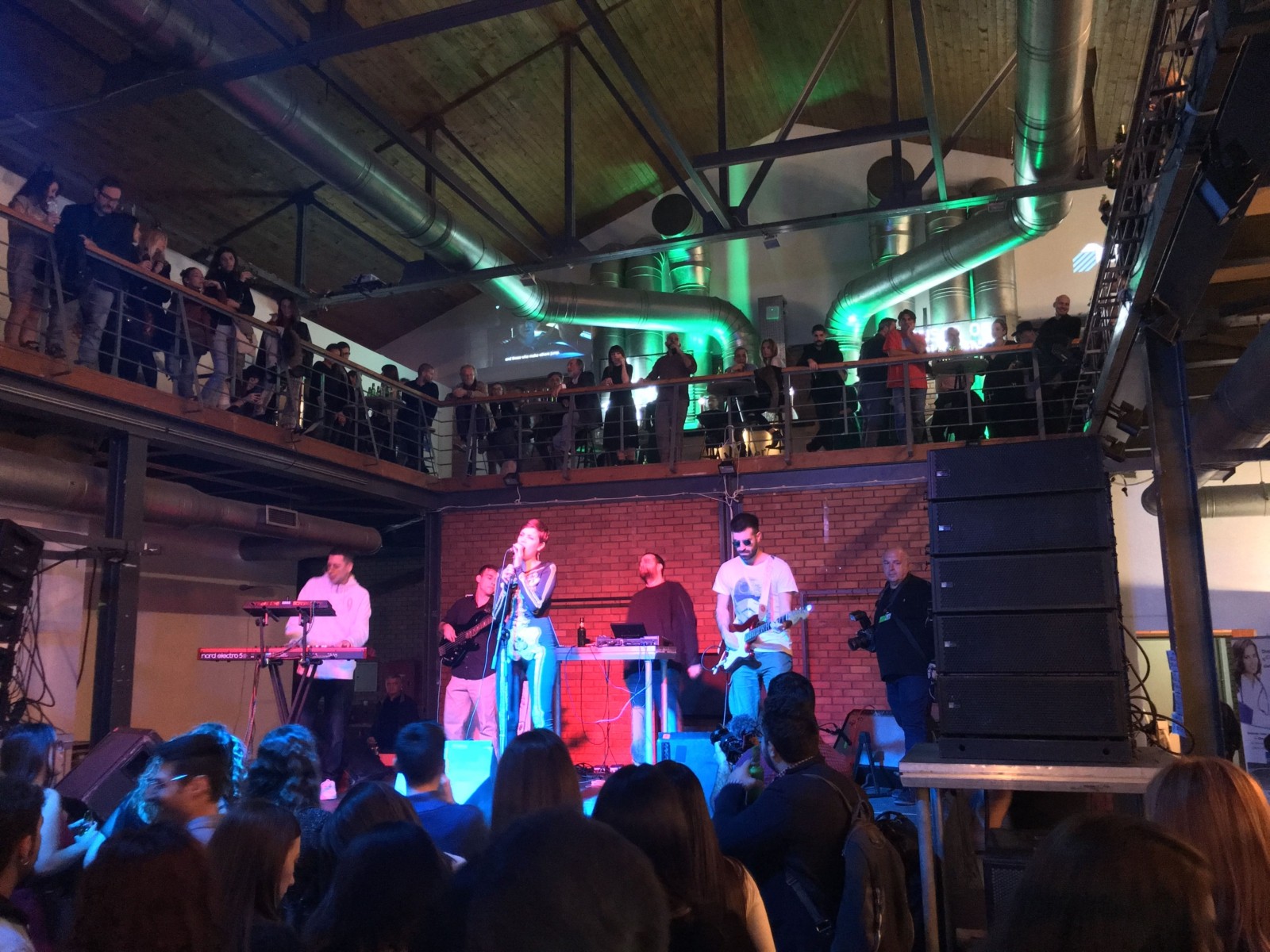 Hello everyone once again!

I finished my time at #TIFF59 with “Pearl” by Elsa Amiel, “We the animals” by Jeremiah Zagar and the closing party at Warehouse C. Up first was the film “Pearl” by Elsa Amiel. I really enjoyed this film, it was a very intriguing film about the world of body building and how women are treated in these kind of competitions. It was interesting to hear from the director how much difficulty she had doing research for this film because she was thought of as a journalist who wanted to investigate into the rampant drug abuse happening in the body building scene. There were quite a lot of unsettling moments  in the film which were made even more disturbing after the director revealed that all of the events happening in the film are based on storied told to her by bodybuilders, so you know that what happend in the film happened in real life. The cinematography was great with a lot of extreme close-ups of the human body which helped set the mood of the film. The score was also great and created an unsettling atmosphere throughout the film. The acting was great, even though Julia Föry‘s performance as Pearl did weaken whenever she had to speak english. The rest of the cast was also great, with Peter Mullan giving a frightening performance as the abusive trainer Al, and the child actor was adorable and did a decent job. Overall, I do recommend this film and you should give it a watch If you have the chance.

The last film I saw at #TIFF59 was “We the Animals” by Jeremiah Zagar, and I was pleasantly surprised. The three kids playing the main characters were amazing and did a very good job. Score and cinematrography were also great and gave the film a dream-like state which I really enjoyed. Now, If youu do not like films with a dream-like approach, this film may not be for you. But for me, it was a very atmospheric, uniquely told coming-of-age story and I recommend you watch this film and give it a watch. My time at #TIFF59 was wrapped up beautifully with the closing party at Warehouse C with a live performance by the band “Gangsters of Love“.

Thank you to all of my readers for joining me, and be sure to stay tuned for upcoming december projects!