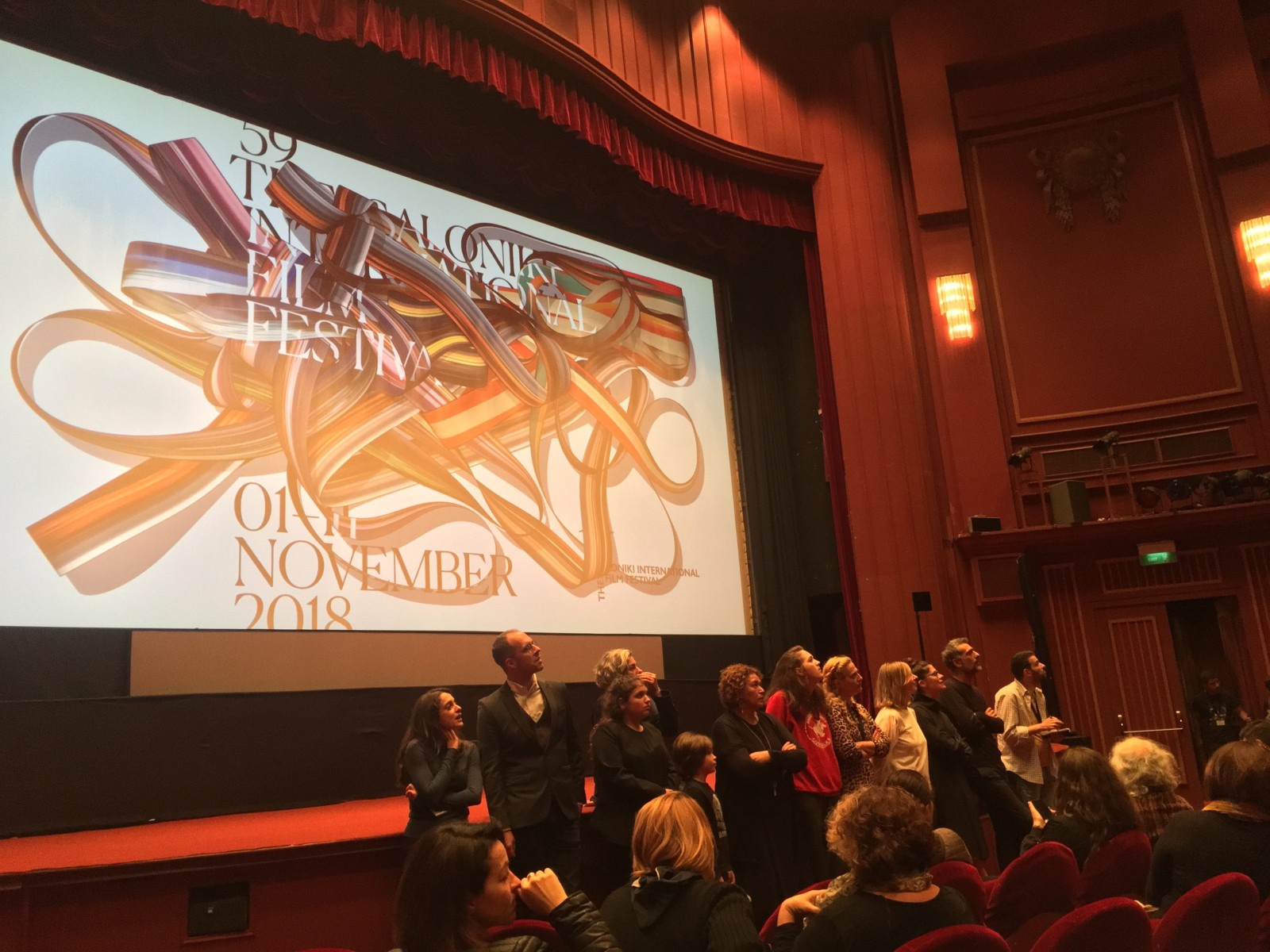 Hello everyone once again!

#TIFF59 continues with Nikos Labôt’s debut feature film “Her Job” and it was fantastic. It is a very realistic portrayal of living in Greece under the economical crisis, and from what audience members had to say in the Q+A, it really resonated with Greeks and those who have been in circumstances similar to the ones of the main character. Most Greeks know someone like her or  even experienced situations like hers at some point in their lives or are living it right now.

Speaking of the main character, Marisha Triantafyllidou gives an excellent performance as the dyslexic housewife turned cleaning lady Panagiota. The director mentioned in the Q+A that she first turned down the role because she thought she did not fit the part, and I am glad he insisted on working with her because she was amazing. There was not a single moment in the film where I did not believe her and it is such a joy  watching her character grow from a powerless and defeated housewife into a woman who begins to find her own way and happiness in life. The child actors were also great and there isn’t anyone from the cast who really delivered a weak performance. But none of their perfomances come close to that of Marisha Triantafyllidou and I hope she wins one of the awards at the end of the festival because she definitely deserved it.

Audience members at the Q+A proposed that this film had a feminist (and even marxist) story, but both the director and I disagree on that one. Yes, it can be seen as a movie with a feminist plot, but for me it is more a story about how a simple job can make your life so much better and help you grow as a person.

The only point of criticism I have has to do with the plot: some plot elements felt like they were dropped, but I am going to assume that this was a director’s choice and not because of the script. Also, the ending felt very abrupt at first at left me dissatisfied. But after thinking about it for a while, I think it still suits the film quite well. Mind you, I have nothing against a dissatisfying ending, but, in my opinion, adding ten more minutes to the film’s runtime to flesh out the ending would have improved the movie a little bit.

Nevertheless, I cannot recommend this movie enough. The film addresses a topic that it still relevant today and that could happen to anyone anywhere in Greece. If you have the chance to see it, then please do so.

We continue our time at #TIFF59 tomorrow with “The Harvesters” by Etienne Kallos. As always, thank you so much for reading, and have a happy festival!