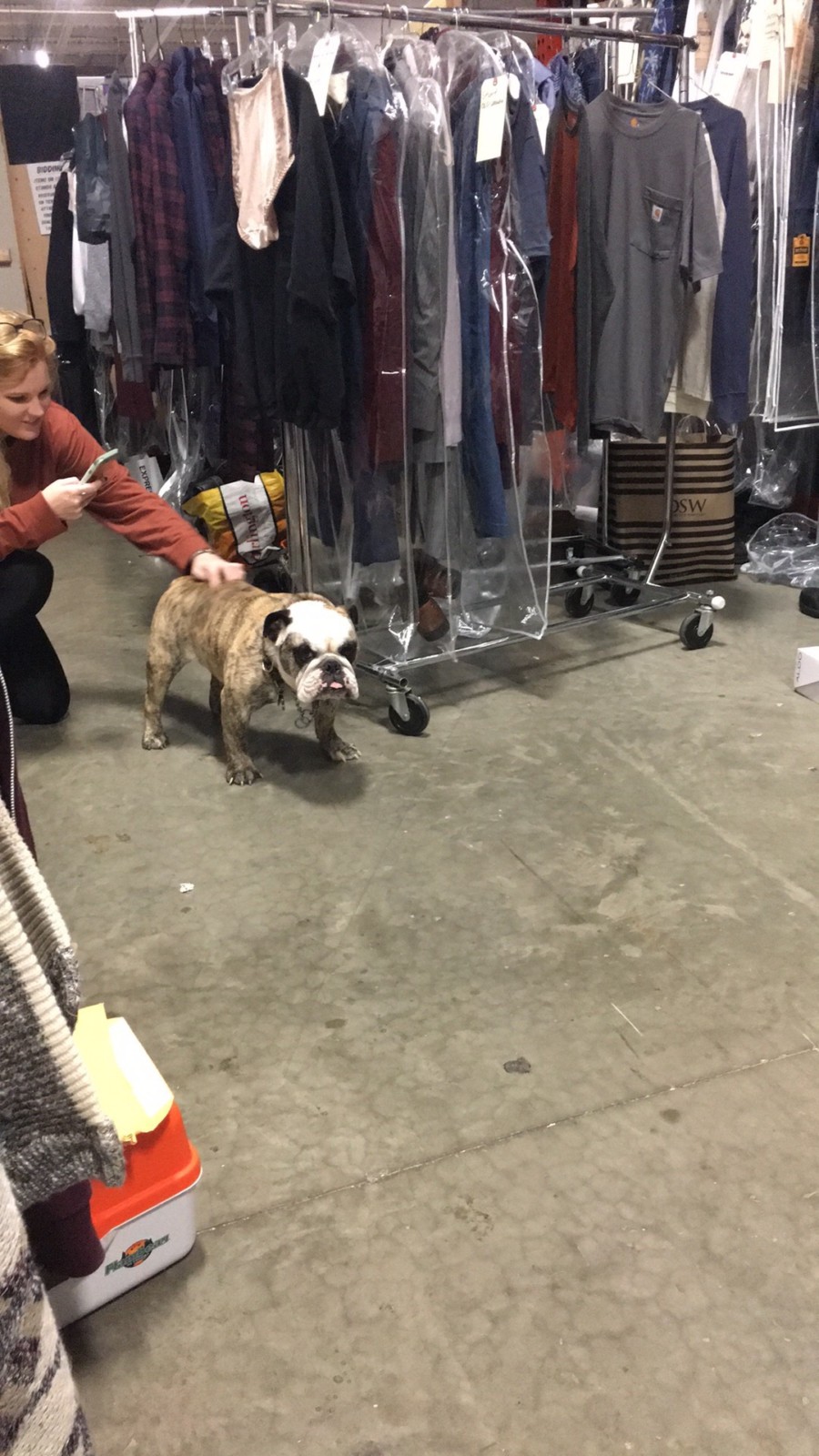 A lot of people come and go and pass through the costume department, but I don’t think we had such a special guest before! Unfortunately, he will not be part of the show. I guess he was not big enough for the “Big Dogs”

“Big Dogs” is a TV crime show created by Adam Dunn and produced by Aurelian and Choice productions. It takes place in an alternate, crime-ridden and dystopian reality of New York City where NYPD detectives use taxis for undercover teams trying to rein in the chaos and fight the rampant crime wave. The show was filmed in Newark, Albany and parts of NYC.   MORE